Stoney Creek is a community in the city of Hamilton, Ontario. It was officially a city since 1984 until 2001 when it was amalgamated with the rest of the cities of the Regional Municipality of Hamilton-Wentworth.

The community of Stoney Creek on the south shore of western Lake Ontario, east of downtown Hamilton into which feed the watercourse of Stoney Creek as well as several other minor streams. The historic area, known as the "Old Town", is below the Niagara Escarpment. Though residential growth exploded, particularly in the 1970s and 1980s in the lower city and in the west mountain in the 1990s and 2000s, most of the land mass of Stoney Creek remains agricultural.

The communities of Elfrida, Fruitland, Tapleytown, Tweedside, Vinemount, and Winona serve as distinct reminders of the agricultural legacy of Stoney Creek and Saltfleet township. 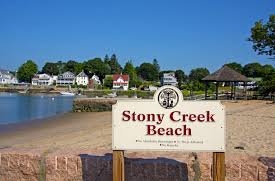